If you want to get your content noticed, you need to pay more attention to one social network, and I’m not talking about Facebook.

The number of LinkedIn users also is growing, reaching over 430 million in 2016, as Business Insider reports. LinkedIn has led the way among social networks offering the option to post blog-length content. According to data provided by BuzzSumo, at the beginning of 2014, users published approximately 1,000 articles each month. One year later, users published over 80,000 articles monthly and a year ago that number hit 130,000.

Our analysis of 228,000 articles published on LinkedIn and another 136,000 shared articles from other sites between 2012 through January 2017 shows:

The network isn’t sending signals that users have more content than they want to interact with. Data from 2015 and 2016 shows that the total shares of content published on the platform has more than doubled, from 31 million to almost 73 million. And, the average number of shares per post has increased by 43%.

It’s logical that LinkedIn will become saturated and shares will drop at some point. But, the relatively narrow focus of the network could work to accelerate or decelerate the process. Will the need for niche content less available elsewhere sustain growth? Or will the demand for a narrow set of articles be quickly met and curtail growth quickly?

I’m not sure, and the data doesn’t answer the question. But, in 2017, I plan to publish more on LinkedIn. After all, the key to marketing well is to see a wave and ride it, not pass on good opportunities because they won’t last more than a year or two.

HANDPICKED RELATED CONTENT:
How to Get 200+ New Subscribers From 1 LinkedIn Article When we analyzed content on five B2B topics – artificial Intelligence, SEO marketing, leadership, and cybercrime – here’s what we found between November 2015 and 2016. One caveat in the string of good news about LinkedIn is this: Content published on LinkedIn gets few referral or back links. And those low numbers have decreased since LinkedIn allowed all members to publish original content.

In this area, LinkedIn mirrors most sites. Our 2015 analysis of 1 million blog posts from many domains showed 75% didn’t earn any referring domain links.

Across the years we researched, short content – 1,000 words or less – dominated posts published on LinkedIn. But, longer posts – 1,000 to 3,000 words – were much more likely to be shared. The length-vs.-share trend held steady each year as well. LinkedIn may be the last great word-nerd refuge from the pressure to add images and videos to perfectly good prose.

I sampled successful long-form posts from 2016, filtering out those with authors designated as LinkedIn Influencers. None of the posts had images beyond the initial banner. Some had text-based graphic elements like bullet points or non-traditional spacing, but none were rich in images, charts, or graphs.

One possible explanation is LinkedIn sharing is based more on the perceived importance of the author, with impressive job titles grabbing attention as effectively as visual content.  Another reason could be LinkedIn’s structure and promotion as a professional network, which minimizes any expectation for entertaining content.

It will be interesting to see if the success of text-heavy posts will be replaced by more image-rich content in the months to come.

To determine the topics appealing to people who share content on LinkedIn, I looked at the headlines for content in the top 25% of social shares in 2015 and 2016 as well as for the cumulative content from 2012-2017.

In 2016, the phrase, “What I Learned,” was in eight of the top headlines. Two of the posts were from LinkedIn Influencers, but the other six were individuals who followed a simple formula – “I did X; I learned Y.” These writers reflected on surprising topics: “I delivered pizza; I lived with a Navy Seal; I gave up social media; I worked for billionaires.” How-to posts dominated the headlines for the most shared content between 2012 and 2017. They focused on practical advice and many addressed work- and job-related issues. The most frequently used bigrams are noted in the chart. I was surprised at the use of personal pronouns given LinkedIn is a professional network. The effective headlines revealed a sense of collegiality in the heavily shared content. The personal elements helped the articles read more like advice from a mentor than a textbook.

In addition to advice topics, the most shared posts were often explicitly about the world of work. Frequently used headline words included success and business; career and job; boss and employee.

The most shared articles also emphasize change and growth. They also rely heavily on superlative terms such as most, big, every, must, all, and never.

Given our research, I recommend you use the five Ps of publishing on LinkedIn. Write posts that are:

To determine how much official LinkedIn Influencer status affected social shares, I looked at a list from BuzzSumo of the 30 most shared authors publishing on LinkedIn during 2015 and 2016.

Only 12 (2015) and 13 (2016) were designated as LinkedIn Influencers. Users on the platform are a bit more democratic in their sharing preferences than I expected. The top-shared authors designated by BuzzSumo also didn’t uniformly publish a lot. In some cases, they published only one or two articles on the platform. Others were more prolific. Of the 10,000 most shared content pieces in the last five years, only 6% (669) were written by those identified by LinkedIn as their most influential writers. While it certainly helps to be officially designated as an influencer by LinkedIn, it’s also possible to succeed on the platform without any special status. It’s also not necessary to publish frequently or in English to have great success.

Given that shares from LinkedIn are growing, and the platform is accessible to everyone, now is the time to consider making it part of or expanding its role in your B2B content marketing strategy. 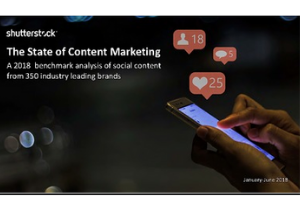 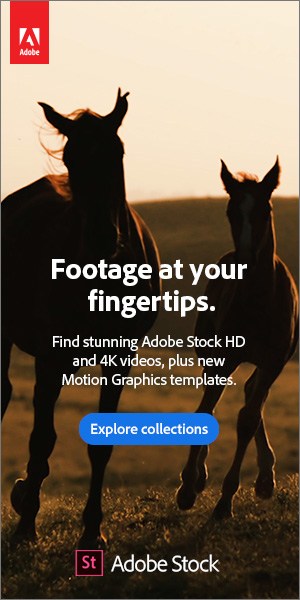